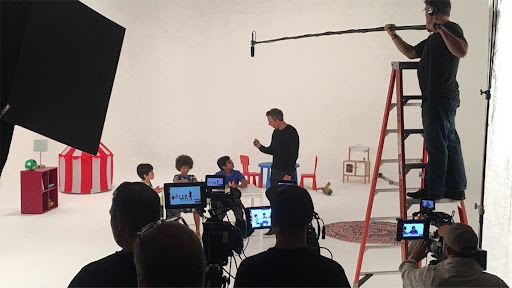 To begin, what exactly is a sound stage?

Before we get into how shooting on a sound stage works, let’s make sure we understand what this implies. People driving through the streets of Los Angeles – or other prominent filming locations – may pass by without a second thought about what’s inside some of these unassuming buildings.

Unless these stages are among the several well-known studios whose names everyone recognizes, there is frequently no clue of what’s inside. A sound stage, on the other hand, is not simply any old large box of a structure.

Certain characteristics distinguish an NYC soundstage as a potential location for a television or film production. Sound stages first appeared about a century ago to meet the demands of the film industry. While the first film production studio was created around the turn of the century, it took many decades for sound to be properly integrated.

WHAT IS THE DISTINCTION BETWEEN LOCATION SHOOTING AND SOUND STAGE SHOOTING?

There are several aspects to consider when picking between location and sound stage photography. Your decision will have an impact on every aspect of your production.

A sound stage is a soundproof, structure, building, or chamber used for the production of theatrical film and television productions, often situated on a protected movie or television studio property.

The NYC production designers choose the place that best suits the visual demands of the film, implying that the venue is already constructed. It may need minimal repairs, such as touch-up paint or the purchase of a few props. The art department is the most apparent department that will have a role in this choice. The space is already created on-site. It may need some scenic work, such as a fresh paint job, or it may require different furnishings. Everything, however, is done on the surface. On the other hand, everything would have to be erected on a sound stage. This includes not just the walls and furnishings, but also any texture that can only be obtained over years of activity in a location. As a result, a lot of money might be invested to recreate a true setting.

Because the set is created from the ground up in a specific location, a soundstage allows for more freedom in production design. A production design team may simply employ the stage’s in-house elements or construct virtual studio backgrounds, as well as handpick furniture and props. In the case of production design, your site will be heavily influenced by the unique requirements of each given production.

The benefits and drawbacks of this department are closely related to those of the art department. The camera is locked within the area that exists on site. You can only obtain a wide image if you use your widest lens and approach as close to the wall behind you as possible. In a sound stage, however, your set walls may be created to fly away. This implies that camera positioning is significantly more flexible, and there is generally a greater working area available.

There’s a reason it’s called a “sound stage.” A recording studio should be entirely soundproof. A take may be ruined by any sound other than what is in the room. On-site, you may find yourself “waiting for an aircraft to go away,” hearing unusual plumbing noises in your building, or hearing your neighbors shout. Control can help this department work smoothly.

Locations and NYC sound stages offer benefits and drawbacks. In many circumstances, the decision will be driven by cost, but there are other additional aspects to consider.

Want to Guide Your Customers Better? 4 Guide Catalog Types for Your Consideration