Cryptocurrency and Effects of Decentralized Currency 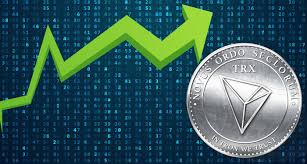 The advent of the internet has been a boon and bane both. Where on one side it has made any transactions easy without actual involvement of liquid cash, on the other side, it has enhanced the security concerns. The security concerns have generated from the fraudulent practices prevalent in the market. These take place by some internet hackers who tend to manipulate the data and make the transaction twice so that they get the monetary benefits. Sometimes, it’s not the fraud, it’s the involvement of the third party too that enhances the cost of the commodity.

Crypto currency is a counterblast to these hackers and interveners who wish to breed on easy money. Crypto Currency is a digital currency where the art of writing codes is used to transfer money and make any transaction. This art of writing code is called Cryptography.  These transactions may be transferring money, transferring ownership or even transferring wealth without the involvement of a third party such as a Bank. Without a third party involvement, the ease of transaction and fear of hackers is removed. it is, therefore, the reason why Bitcoin and likes of it have gained immense popularity for various transactions. Following are effects and advantages of Decentralized Currency: